Easy At-Home Ways To Help Save The Environment
Keith Donnelly

Humans impact the environment in many ways and most of the time these impressions go unnoticed. However, it is important to recognize the influence we can have on the environment and the simple lifestyle changes we can make to encourage a positive change. Now more than ever, it’s imperative that we begin taking responsibility – particularly because our planet is currently in a climate crisis and there’s plenty of ways to help reduce our impact. So here are several ways to help the environment from home.

Possibly the easiest and most effective way to help reduce our impact is to recycle plastics and other materials and be conscious of the things we buy and how they are packaged or wrapped, while another alternative would be to scrap single-use plastics altogether. Besides recycling and avoiding single-use plastics, buying locally and organically-sourced produce is a more sustainable option that consumes much less fossil fuels. 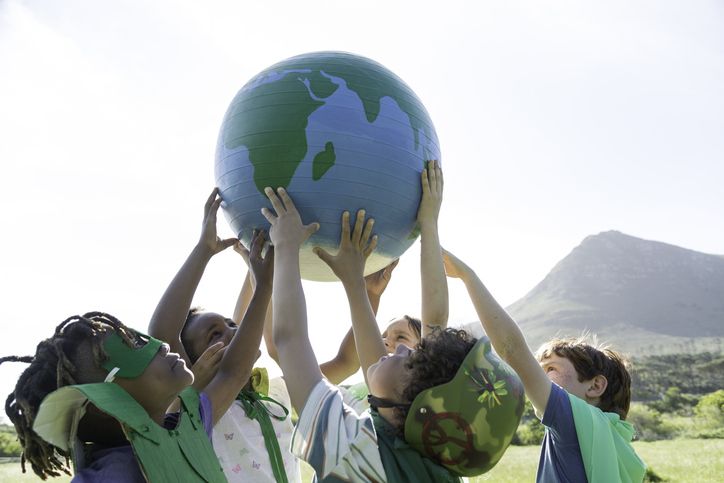 You can also support eco-friendly companies that produce low-impact, environmentally friendly sustainable products that can be used in place of single-use plastics and other non-biodegradable materials. Often, these companies also support environmental movements and contribute a portion of their proceeds to support nonprofit organizations; but you could also donate to your favorite nonprofits directly. WWF, The Nature Conservancy, Greenpeace, and Earthjustice are just some of many nonprofit organizations that continue to fight for our planet.

Finally, staying informed is critical to help our environment strive and to reduce our carbon footprint. Obviously, the steps mentioned above are just a few of the ways we can contribute with just some minor alterations to our lifestyle routine. So next time you go to the grocery store, consider bringing your own reusable bags – we know we will be bringing ours.

You may also like
Fast Food Culture
Swiping on a fast-food delivery app to find your perfect pizza or swinging in to check if they still have that deal going on, fast food has been an essential part of our daily life. Going to our favorite restaurant happens more often than some of us would want to admit. The term “fast food” primarily represents a certain set of food that we eat up and consume quickly. It is also commonly referred to as junk food, and we know why. Eating fast food occasionally on a Saturday night or a Mond
Read More
Diversity In NYC
The United States is often referred to as a “melting pot of cultures.” While that may or may not be true for the country as a whole, it is definitely true for New York City. It is a hub for immigrants from around the world, whether it be South Asia, South-East Asia, Eastern Europe, or Africa; everyone finds a home in NYC! Roosevelt Avenue in the city is one of the most diverse and vibrant boroughs of the city. Here you will hear people speaking hundreds of languages on one street alone. Thes
Read More
Coke Studio
Coke Studio, a worldwide music franchise and Pakistani television program, showcases studio-recorded musical performances by renowned and up-and-coming musicians. Since 2008, it has been shown yearly and is the longest-running music program on Pakistani television. Coke Studio incorporates many musical influences from traditional classical, folk, Sufi, qawwali, ghazal, and bhangra music to modern hip hop, rock, and pop music. The program is renowned for promoting Pakistan's multiculturalism by e
Read More
12 Summer Date Outfit Ideas
Picking out the perfect date outfit depends on personal style and where you are going. Often people don't see the need to look extra special for occasions. Most people want to blend in, but dressing well is a great way to boost self-confidence. This summer, we are bringing to your fingertips unique ideas that will leave your date stunned, let's begin with the guys; Carelessly sophisticated [caption id="attachment_21530" align="alignnone" width="483"] Getty images/DigitalVision/ We Are[/caption
Read More
Casemiro Leaves Real Madrid
In a shocking move, Brazilian midfielder Casemiro has left Real Madrid and instead signed with rival club Manchester United. Manchester has agreed to draw the four-year contract for a whopping £60 million, with an additional £10 million in performance-related increments. Taking to Twitter, the star-studded player sent a heartfelt statement to his former club and supporters. “I hope to return one day to what will always be my home,” he said." Not in a thousand lifetimes will I be able to gi
Read More
TMT Live Preview
geoedge-origin-div
gesource
geparentscriptid
getagid
bidswitch.net%2Fpreview
riskiq