We all know that when Drake releases music it instantly becomes a hit. So it’s to no surprise that his latest album broke the record of the highest streams in a single day. The Toronto native rapper, singer, and producer released his 6th solo album on the 3rd of September 2021. Certified Lover Boy was released 3 years after his last studio album Scorpion. This may have had fans up in arms but at the time he had just found out that he was a father. That’s right, if you don’t know, Drake became a father to his son Adonis in October 2017. But he didn’t really take time off, the rapper still released a few chart-topping singles records.

Although fans wanted to respect the fact that he needed some time away from music, they still needed that summer Drake song. So once the news hit on Instagram that he was working on music, the internet when wild. Building up to the release of his album, the rapper released his unique cover art, and then the day came. Certified Lover Boy was available on all streaming platforms. This included Apple Music, Spotify, and Tidal. As a Drake superfan, you should know that he already held the record for the highest-streamed album before. That’s why when the streaming platforms announced that he had yet again broken the record, a matter of fact that he broke his own record for the highest streamed album, people were shocked. 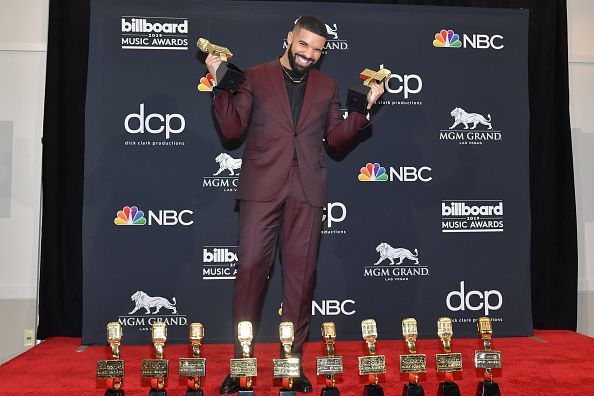 Now you have to know that Kanye West had dropped his album Donda just a few weeks before, which was steadily holding number 1 on a variety of streaming platforms. Also, everyone knows that at the time Drake and Kanye were beefing over some song lyrics Drake had written a few years back. With Drake breaking his own record, everyone definitely has their eyes peeled to see how many Grammies he walks away with this year.