It always puts a large smile on people’s faces when companies go above and beyond for their surrounding local communities. With that being said, this beer company is one that is newly praised by locals due to their extreme support for a local dog shelter. Based in North Dakota, Fargo, a brewery has decided to change up the design of their beer cans to help find dogs a loving home to go too.

According to Bored Panda, these beer cans feature the faces of adorable dogs that are in need of adoption. More specifically, there are a total of 6 dogs that are being advertised on the cans. These dogs are ones that have a harder time socializing with other dogs, making it a challange for adoption if there are other animals already in the pre-existing family. 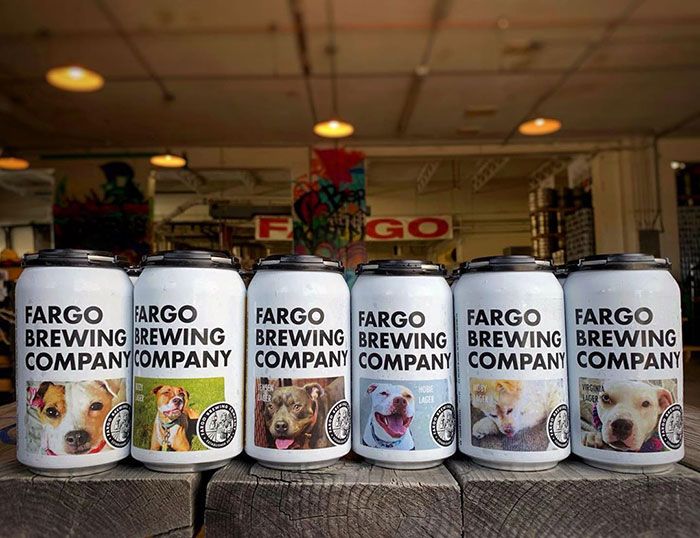 Jerad Ryan, volunteer at the animal shelter was the one who came up with this brilliant idea due to his experience working at a beer label company as well. When the idea came into mind, Ryan approached his boss and the beer company. Instantly, they both tackled the idea and decided that it was a great way to support the local community and dog shelter.

The beer cans were introduced at the event hosted with the rescue and beer company. Soon after, these cans became the talk of the town. Due to its creativity and background, the idea instantly warmed the hearts of many. Of course, with the hope of finding these cute dogs a home!