DNA is the code in which our lives are written and, by large, determined. Though we all have a say in how we choose to live our lives, much of our choices are already predetermined by our genetic makeup. For example, no matter how badly we may want to fly,  our fundamental genetic disposition as humans doesn’t allow for wings. But how much do we truly know of our basic wiring, how does DNA actually work, and where is it located in the body? 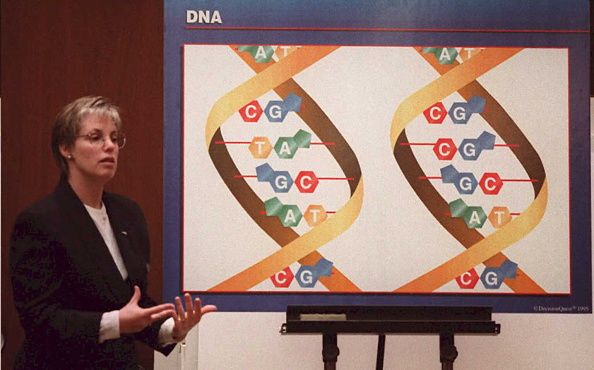 DNA, which is short for deoxyribonucleic acid, is the hereditary material in humans and most other organisms responsible for genetic inheritance. Pretty much every cell in the body has the same DNA, which is located mostly in the cell nucleus but also in the mitochondria. Our DNA is universally composed of the same stuff known as bases (adenine, guanine, cytosine, and thymine); what differs between people’s genetic composition is the order, or sequence, of the bases, which make up the information available for the construction and maintenance of an organism. A common analogy that may help simplify the structure of DNA is the alphabet: Much like the way in which letters of the alphabet determine the sounds and words which may be produced, and the way in which their ordering forms different words and sentences, DNA bases’ composition create and order the genetic information of a body.

One of DNA’s most fundamental features is its ability to replicate itself. This is extremely important given the fact that the lifespan of most cells ranges from a few days up to a few months. DNA’s ability to make copies of itself makes sure that the new cells are genetically identical to the old cells. That said, the overwhelming majority of our DNA is yet to be deciphered. As much as ninety-eight percent of our DNA has nothing to do with protein-coding, the fundamental genetic process. The long quest in search of the functional purpose of this dark-matter-DNA – if it even has one – is a major undertaking in the realm of biology, and is sure to take quite some time to unfold and yield any tangible results.