The United States is often referred to as a “melting pot of cultures.” While that may or may not be true for the country as a whole, it is definitely true for New York City. It is a hub for immigrants from around the world, whether it be South Asia, South-East Asia, Eastern Europe, or Africa; everyone finds a home in NYC! Roosevelt Avenue in the city is one of the most diverse and vibrant boroughs of the city. Here you will hear people speaking hundreds of languages on one street alone. These languages include Bengali, Spanish, Mictec, Kurankom, and Seke among countless others! 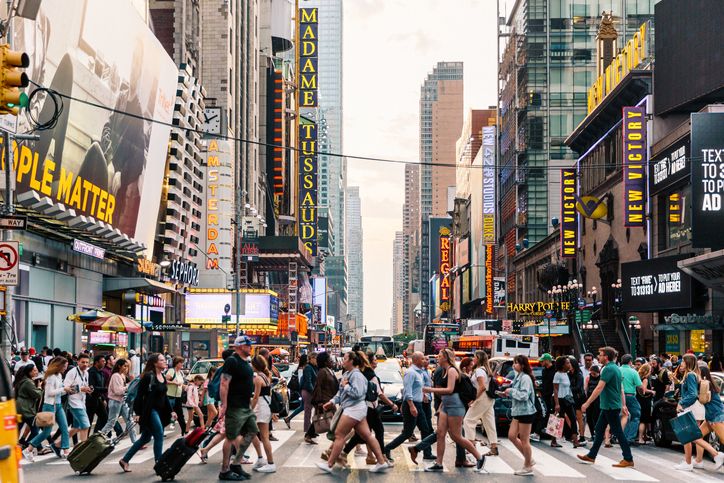 As you walk through the streets of New York, you see people from all walks of life. Some are dressed in sarees, while others are dressed in red and orange robes. When you visit NYC, you can also enjoy delicious foods from all around the world! Ranging from Thai curries to spicy South Indian vindaloos, NYC has got it all! Some even go as far to say that moving between the different neighborhoods of the country, such as Jackson Heights and Elmhurst, can feel like moving between different continents. In Jackson Heights, there is a street named Calle Colombia, which translates to Columbia Street. Here you will find countless vendors selling sliced cold coconuts with machetes, and fresh sugarcane juices called guarapo.

Moving onwards on 80th street, south of Roosevelt in Elmhurst, you will find the only Spanish bookstore in the city! Another gem of NYC includes the Queens Globe built in 1964; a representation of the flourishing diversity in the city. It is located at the eastward course of Roosevelt Avenue, in the Meadows Corona Park, which is an excellent place to unwind from the hustle of the city and relax in the company of nature.