Chinese innovators ever since 2015 has been pushed to become more reliant on technology that was homegrown through their own government, as a part of of a 2025 initiative to encourage more products made in China.  Fabrication and chip design are ranked as among the most wanted areas to expand in.

In addition, China’s Ministry of Industry and Information Technology has published a new action plan over the course of three years to highly develop artificial intelligence.  The government has it in their best interests to mass produce processing chips that provide neural-network functions by the year 2020.

The semiconductor community will without a doubt be going against serious international competition.  Several artificial intelligence focused companies are also hoping to build hardware of their own.Fengxiang Ma, the Director of ASIC design at Horizon Robotics, a company that created artificial intelligence for vehicles and cameras, shares in the MIT report, that companies in the future who make only chips may very well lessen and lessen in number.

Developers of the industry understand that the creation of custom-made chips makes for a most cost-efficient process. And not only does this method save money, but also performs better. Tesla is one example of this. They are a company that has been attempting to develop their own chip. The chip has the intention the improve horizontal integration from products to customers.

competition existing between companies across the globe who are opting to build chips that will power the future of artificial intelligence devices. 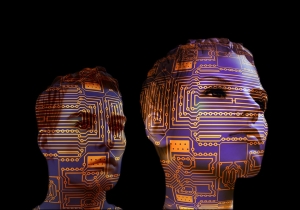