In a shocking move, Brazilian midfielder Casemiro has left Real Madrid and instead signed with rival club Manchester United. Manchester has agreed to draw the four-year contract for a whopping £60 million, with an additional £10 million in performance-related increments. Taking to Twitter, the star-studded player sent a heartfelt statement to his former club and supporters. “I hope to return one day to what will always be my home,” he said.” Not in a thousand lifetimes will I be able to give back to Real Madrid and Madridismo all that you have given me. Forever… Hala Madrid.” 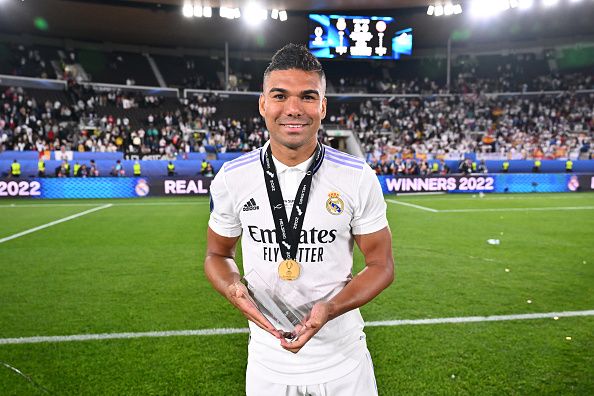 Carlos Henrique Casimiro, known as Casemiro, is largely considered to be one of the best defensive midfielders across the world. During his time with Los Blancos, he earned multiple awards including but not limited to five Champions League titles, three La Liga titles and a Copa del Rey. He proved to be an integral player for Real Madrid, guiding them to victory in their Champions League triumph. It is likely that Manchester United have turned towards Casemiro in the hopes of strengthening their midfield, after being unsuccessful in signing both Frenkie de Jong and Adrien Rabiot. This is much needed after their recent losses, especially in the 0-4 defeat to Brentford, leaving them ranked a lowly 20th in the Premier League.

Players and fans around the world weighed in on the unexpected transfer. Carlo Ancelotti, the Real Madrid manager, reported in a news conference: “He wants to try a new challenge, a new opportunity. The club and I understand it. Casemiro — with what he’s done at this club, and with the person he is — we have to respect this desire he has.” His former teammate Luka Movic paid tribute on Instagram, lamenting the “end of an era”. Casemiro will no doubt be a valuable asset for Manchester United, and make his mark as he has done so often in the past.