We can now get closer than ever with people living very difficult and very different lives compared to our own.  In an attempt to feel empathy for them through a virtual reality stimulation, are we helping them, or hurting them? Good question.

Alexander Graham Bell, in 1876 became the very first person to transmit clear speech through a telephone wire.  Approximately twenty years that have passed since this legendary discovery, Oliver Lodge, a physicist found that there was such a thing as radio waves, which could transmit messages in the air without any wires whatsoever. A year following his findings, the X-ray was discovered by Wilhelm Conrad Röntgen, a German physicist.  And following that, one year later radioactivity was discovered by Henri Becquerel.

At this time, technology was soaring in all forms, for all purposes, however mostly with a focus on human interpersonal connection. Not only in terms of how words or voices were shared, but also in how thoughts were transmitted. Telepathy machines especially, which would both decipher and detect thoughts from thin air. 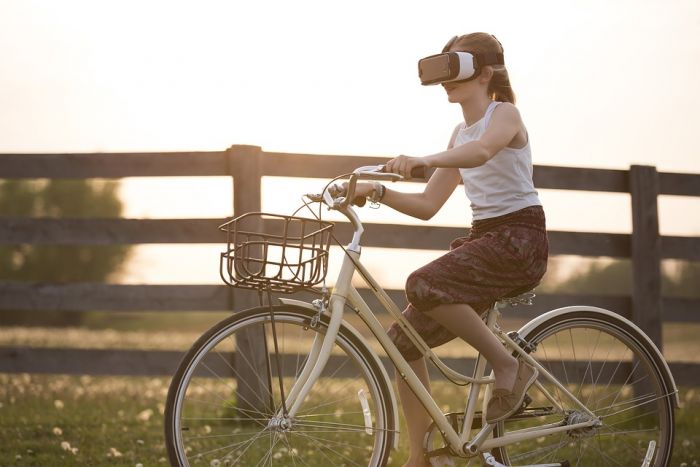 Alexander Graham Bell was highly involved in the research, and there are certain historians that hypothesize that his invention of the telephone was party due to an attempt to connect with his dead family members.  The man who discovered what radio waves are, Oliver Lodge nearly made his finding by accident. His intention was to a desire to know how invisible waves could be transmitted in thin air since he want to understand telepathic processes.

In today’s day in age where we have products such as cars that drive themselves and much, much more, technologists who are focused on communication and connection are no longer trying to crack open the secret to telepathy, but rather to empathy.  And how is this done exactly? Through virtual reality, of course. Virtual reality is a tool that can trace history back, very far back.

Virtual reality is a huge business in modern society. Facebook in 2014 purchased the VR device company Oculus Rift for an entire $2 billion. Google developed in the very same year something called Google Cardboard, an affordable headset that allows people to watch movies in 3D. Not long after, Google announced a virtual reality platform named Daydream.  The virtual reality gaming industry is reported to have a worth of $45 billion by the year 2025.

Virtual reality companies attempt to push it’s importance for it’s ability to change the way we experience stories, by putting us directly in other people’s shoes. What better way to understand what someone else is feeling, and to experience empathy for them?

Mark Zuckerberg, who ‘visited’ Puerto Rico through a virtual reality experience, confirms through his journey that empathy can be found through virtual reality. Although it is a machine, it can still help us to become more compassionate and emphatic towards others.