We’re sure you’ve all see pictures or have been to see this beautiful sighting, the sparkling blue seas are glowing brighter by the day but they’re not as safe as they look. These sparkly blue lights, sometimes called ‘sea sparkles’ can be viewed after it’s darker after the sunset. This lies in many of China’s shores and has become a major tourist attraction.

This attraction is very real, it is bioluminescent plankton in the water. The plankton, called Red Noctiluca Scintillans, glow bright blue when there is a disturbance or any movement, either by people swimming, waves or boats. A scientist said, “People think this is romantic and beautiful to watch at night but sadly, it’s toxic”.

So, ladies and gentlemen, unfortunately, the sea sparkles might feel like a dream, it’s actually a nightmare, it’s toxic to marine life and humans. 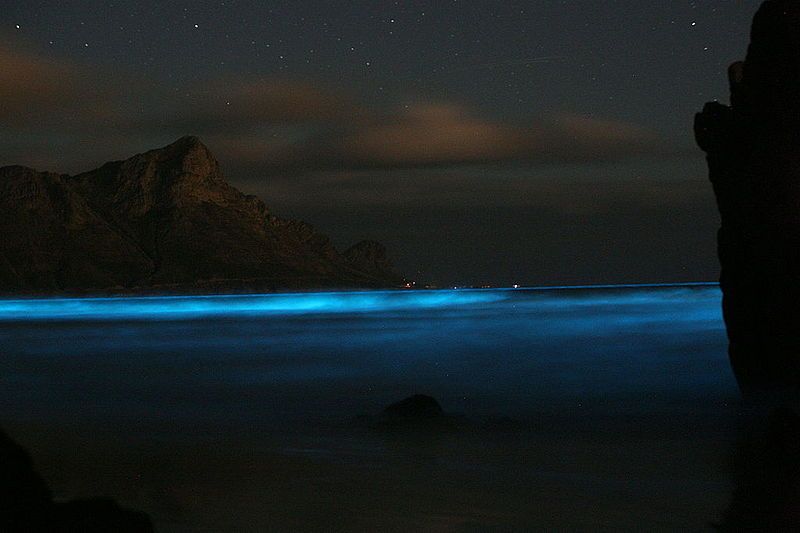 Scientists and researchers used certain methods to track blooms in the East China Sea from the year 2000 until 2017. Their studies showed that the sparkling creatures can survive farther from shore and in warmer waters than previously thought.

Blooms are becoming more frequent in recent years, which the researchers suggest could be linked to the construction of the Three Gorges Dam during the early 2000s. In a statement about the findings, the researchers, led by Lin Qi, said, “The new method could also help researchers better track harmful red tides and boost tourism on China’s east coast”.

The AGU post wrote that the new satellite monitoring technique could be used by local officials to pinpoint the location of RNS blooms, allowing them to notify tourists, tourists would then know the best times and places to view this remarkable attraction.

You may also like
England’s Outstanding Performance in the UEFA European Championship
Yesterday was a monumental day for the England national team. If anybody still believed England was a mediocre team, their staggering victory over Ukraine, which had managed to seize an upset victory against the Netherlands, decisively set such pessimistic undervaluations to rest. It is clearer than it ever was: England may just go all the way this time. The circumstances are perfect for such an accomplishment: all their upcoming games are scheduled to occur on home-turf, on Wembley stadium gras
Read More
Impeccable 4th of July Side Dishes
Independence Day is right around the corner, and we all know that there truly is no better way to celebrate our hard-earned freedom than scorching fatty slabs of meat on a Walmart barbeque. Or is it actually best to make a 15-cheeses mac & cheese? Oh, we don't know. There are so many classic 4th of July recipes to choose from. That's why we compiled a brief list of our favorite Independence Day eats.
Read More
New Balance Has Launched its Most Ambitious Retro Project Yet
It was June 17th when New Balance announced the release of their new MADE 990 Version Series. The series signals an unprecedented retrograde turn; New Balance is going back to some tried and true favorites, the retired 990s. The 990s have cemented their place in sneaker history, growing very much attached to New Balance's brand and general trainer sheik. The renewal will be an elevated tribute to the MADE 990s, which are celebrating their 40th anniversary. The plan is to showcase the heritage of
Read More
The Infamous Bite Fight
Heading into Evander Holyfield and Mike Tyson's second battle (which was billed as "the Sound and the Fury"), tensions were pretty high. Holyfield and Iron Mike had fought seven months prior in Las Vegas. Tyson had just won the WBA Heavyweight Championship, snatching it away from Bruce Seldon in an impeccable first-round knockout. Going into the fight, Holyfield was perceived to be the underdog, this even though he himself had won the championship. Yet his performance in all the fights leading u
Read More
The Night That Demolished Disco
It was Thursday, the twelfth of July, 1978 when baseball fans around the country came together to witness and support a single callous and fiery spectacle - the death of disco. During a game between the Chicago White Sox and the Detroit Tigers, a crate filled with a rich variety of disco records was publicly destroyed in an act reminiscent of the great and infamous public executions of the French Revolution that only effectively ceased in 1977, a year prior to the night of disco demolition. The
Read More
TMT Live Preview
geoedge-origin-div
gesource
geparentscriptid
getagid
bidswitch.net%2Fpreview
riskiq