What Is Flamenco?
Keith Donnelly Jan, 29
The Science Behind Comfort Food
Tess Murray Jan, 27
Exploring The World Of Plant-Based Eating
Tess Murray Jan, 25
Top Spotify Artists of 2023
Claire Miles Jan, 23
Things To Do On A Girls Night
Tess Murray Jan, 21
How To Decorate A Beach Hut
James Stanton Jan, 19
How To Shave Properly
Penelope Trent Jan, 17
How Music Impacts Our Health
Keith Donnelly Jan, 15
Treatments For Oily Hair
Claire Miles Jan, 13
The Basics Of Knitting
James Stanton Jan, 11
The company that makes London’s black cabs has revealed the famous car now has a new electric model that’s set to hit the roads in November.
The London Taxi Company has in fact also changed their name to London Electric Vehicle Company, and is hoping to export it’s new electric cabs across the globe with the goal of reducing emissions in some of the most polluted areas in the world.
Their new green taxi, known as the TX, uses a battery electric powertrain as well as a small petrol generator. This technology allows for up to 400 miles, and a range of 70 miles that uses no emissions.
They report to use the best of both British engineering and design, as well as the technical expertise of Volvo. In turn, they believe that their product will assist in the transformation of city living, and at the same time will also save fuel costs for taxi drivers. The estimated savings will be £100 weekly.
One of the primary goals of the newly branded company is to have London fight against poor air quality.  According to the rules of Transport for London, all of the new black cabs in London will have to either be electric, or at the very least be able to produce zero emissions from January 1st, 2018.
Due to the fact that London cabs cannot be older than 15 years, they will all be gone officially from the roads of London by 2032. 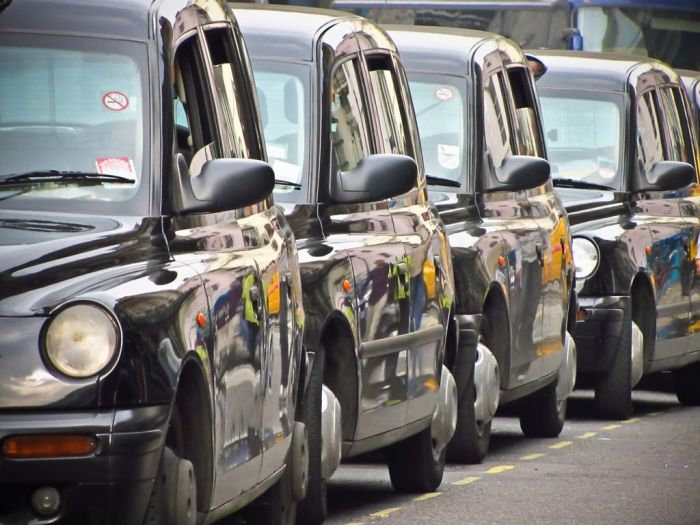