As most of the artist’s fans already know, singer and songwriter Billie Eilish has been vegan since she was twelve years old. She has used her social media accounts to be vocal about her stance on the food and meat industry in the hopes to influence her millions of followers to start educating themselves more on the subject. In the past, Eilish even set up a program for her fans to take part in the fight against climate change by offering young environmentalists the opportunity to get free tickets to her tour. This year Billie reached out to her fans to ask them to consider saying no to turkey at Thanksgiving this year.

The singer posted a photo of herself holding a turkey on Instagram, captioned “Turkeys are some of the most gentle creatures in the world, And 46 million of them are killed every Thanksgiving. I know it’s hard to change traditions but just keep it in mind :).” Earlier in the month Billie also gave her fans some inspiration for trying out vegetarian alternatives this holiday season by posting a cookie baking tutorial video. The artist used a vegan and gluten-free recipe to make some delicious peanut butter chocolate chip cookies. In her caption for the video, she explained that “The flour is literally just oats blended up and they work perfectly.” Yum! 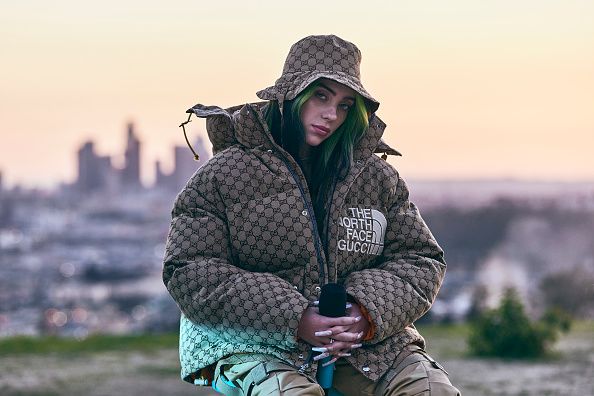 Although celebrities are just humans, it’s always comforting to see our favorite stars use their social media platforms to address important topics and issues going on around the world. With such a large following, even if Eilish’s Instagram posts and ticket giveaways don’t get everybody active, they are bound to get through to at least a few of her fans. Perhaps those who were already considering learning more about veganism, climate change, sustainability, or whatever it may be, just needed that extra push.