There really is nobody quite like Beyonce Knowles. The American R&B and pop singer is pretty much always full of surprises. Just recently, on June 19, Knowles surprised her legions of fans by dropping a surprise single “Black Parade” in honor of a holiday called Juneteenth, which celebrates the emancipation of slaves in the United States. The release also comes at a time when protests are still going on in the country over the death of George Floyd at the hands of a police officer. The song focuses on the Black Lives Matter movement and embodies a message of empowerment: “Rubber bullets bouncin’ off me / Made a picket sign off your picket fence,” crooned Knowles in the song’s audio clip. So far, there still hasn’t been a music video release yet.

Beyonce also took to social media to share her thoughts on the song, as well as some advice to her fans going forward: “Happy Juneteenth Weekend! I hope we continue to share joy and celebrate each other, even in the midst of struggle. Please continue to remember our beauty, strength and power,” the singer-songwriter posted on her official Instagram page along with an audio clip of the song. “‘Black Parade’ celebrates you, your voice and your joy and will benefit Black-owned small businesses,” Knowles continued. 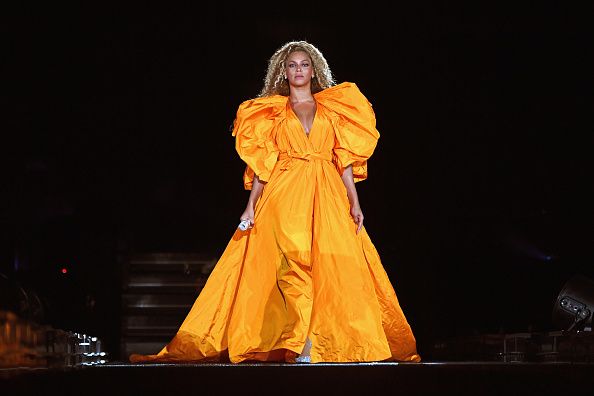 Apart from social media, Beyonce also posted a personal message on her official website: “Being Black is your activism. Black excellence is a form of protest. Black joy is your right.” The singer also announced that the proceeds from “Black Parade” will go directly towards her organization BeyGOOD’s Black Business Impact Fund, which supports African-American owned businesses. The surprise single was co-written by Knowles and her husband Jay-Z, along with Kim “Kadence” Krysiuk, Derek Dixie, Akil “Fresh” King, Densia Andrews, Brittany Coney, and Rickie “Caso” Tice.