We love them, monkeys love them, pretty much every single living being out there loves them, bananas are a serious contender for Best Fruit, and yet the curved, quarter-mooned fruit is full of untapped secrets. What kind of secrets, you ask? Not only is that an excellent question, but it also allows us to segway into the topic of this article: we are, naturally, talking about the radioactive qualities of bananas. Yeah, you heard us right; the radioactive qualities of bananas. 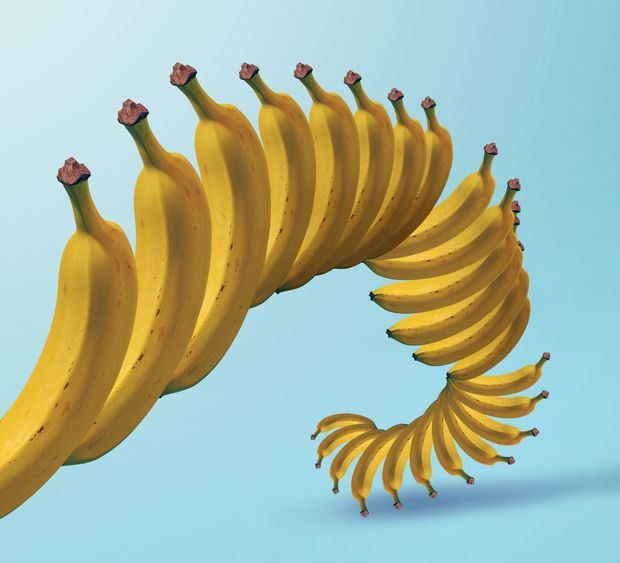 So now that the cat is out of the bag we can talk freely about the things that truly matter: the radioactive qualities of common foods that the large majority of us eat on a daily basis. Yeah, it isn’t just bananas: spinach, potatoes, oranges, brazil nuts, they’re all radioactive. Every single one of them. And it isn’t just food, either! The very air we breathe and even our own bodies are radioactive. Radioactivity is a feature of the world in which we live, something unavoidable and all-pervasive. When atoms, which are the building blocks that compose matter as we know it, become unstable, they emit radiation. Some of that radiation is non-ionizing, such as what we call “light”, and some of it is ionizing. Ionizing radiation is the type of radiation most people think of when they talk about radiation; exposing yourself to substantial amounts of ionizing radiation is dangerous.

And it is true that bananas have very minuscule amounts of ionizing radiation within their widely sought potassium. But this amount of radiation is almost insignificant; the amount of bananas needed to be consumed in order to match the radiation levels of an X-ray is approximately 1,000. Given that X-rays increase the risk of death for adults by approximately 1 in a million, one would need to consume one billion bananas in one sitting in order to intake a lethal amount of radiation.