The club announced on Thursday that winger Antony has been signed by Manchester United on a five-year agreement from Ajax. The Brazilian international’s signing to United will cost an initial €95 million plus an additional €5 million in add-ons, making it the club’s second-most costly transaction after the then-world record €105 million (£89.3 million) price paid to Juventus for Paul Pogba in 2016. Antony stated, “This is an incredible moment in my career to be joining one of the most iconic clubs in the world. I’m thankful to everyone who has believed in me, especially my family, and all my coaches and team-mates, because I could not have got here without them.” 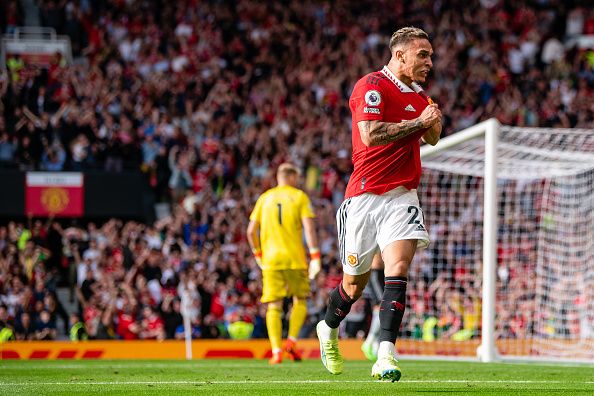 With Antony’s transfer to Old Trafford, Erik ten Hag, who previously managed Antony at Ajax, and the player will be reunited. This is ten Hag’s sixth signing of the summer after signings of Casemiro, Christian Eriksen, Lisandro Martinez, and Tyrell Malacia. Ten Hag now has more alternatives in attack thanks to the 22-year-old winger after Anthony Martial suffered an Achilles tendon injury during United’s 2-1 triumph over Liverpool last week. After moving to Ajax from Sao Paulo in 2020, Antony scored 25 goals in 82 appearances, helping the Eredivisie team win two league titles and a KNVB Cup. He has played nine times for Brazil, scoring twice, and last year he helped his nation win the Olympic gold medal in Tokyo.

“Antony is one of the most exciting young players in European football and has precisely the perfect profile for the aggressive, dynamic squad Erik is constructing,” stated United’s football director John Murtough. Although Antony is unable to play for United against Leicester City on Thursday, he may make his debut against Arsenal at home on Sunday. With the acquisition of Antony, Manchester United are starting to look like a force not to be reckoned with.