On this day, in 1896. a certain Pierre, baron de Coubertin, also known as Pierre de Fredy, had succeeded in realizing his lifelong dream of reviving the ancient Olympic games. The first modern Olympics were held in Athens, much like in classical times. From then on, the Olympic games would take place every four years. Athletes from around the world would compete in an ever-growing array of competitions and games, all for the glory of themselves and their respected countries. But what were the original Olympic games like, the ones held in Ancient Greece? 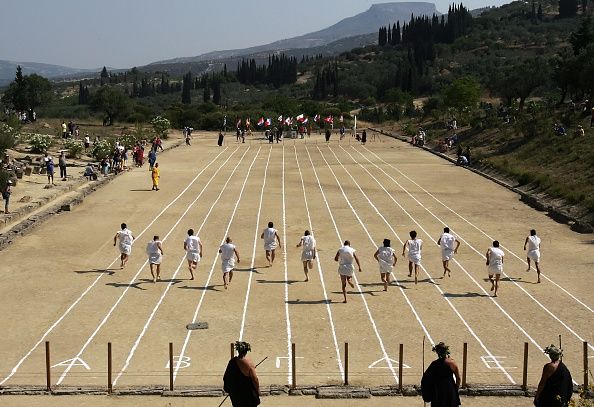 The name derives from the mythological Mount Olympus, where the Greeks believed that the gods resided. It’s hard to exaggerate how important the Olympics were for Ancient Greek society. When the Persian army threatened to invade Greece in the summer of 480BC, many Greek city-states found it impossibly difficult to muster up an army due to the fact that an enormous part of the male population was dead-set on participating in the coming Olympics. The games were held, and their war preparations were put on hold.

The games took place every four years. and only free (meaning unenslaved) Greek males were allowed to participate (though there were a few loopholes to this rule). The games were five days long and included such sports as running, jumping, throwing heavy or aerodynamic things, boxing, wrestling, chariot racing, and pankration (which was basically an MMA-like fusion of boxing and wrestling). This may seem quite uneventful until you consider the fact that they did all of this naked; sometimes even covered in oil.

Like many things in Ancient Greece, the Olympics were religious at heart. On the middle day of the games, a huge barbeque was held: Thousands of cattle were slaughtered. Some of them were sacrificed to Zeus, the rest were guzzled up. At the height of their popularity, the games racked up an incredible audience of 40,000 spectators. This, given that we’re talking about ancient times, is nothing short of spectacular.