In the early 1870s, Erastus Snow and William Jordan Flake set out into the desert and established the town of Snowflake, Arizona. The off-the-grid location provided the perfect setting for a thriving town to take over the Old West. Over the years, the town has become a refuge for a unique subset of Americans seeking a simpler way of life, to put it lightly. 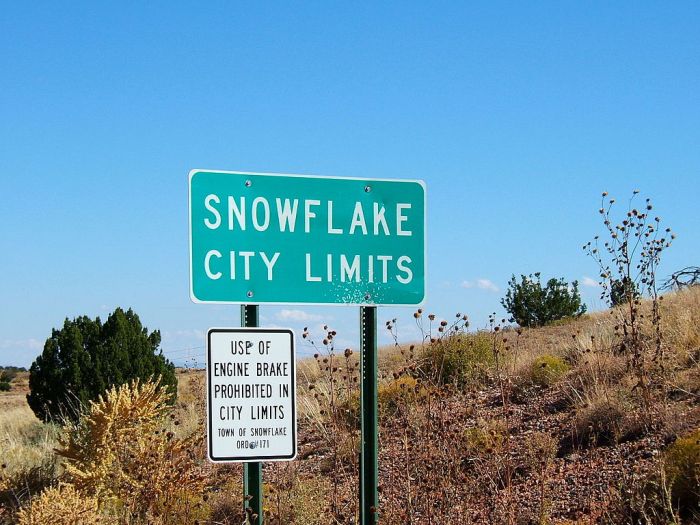 A few years prior to the establishment of Snowflake, George Beard, a well respected medical professional, published several articles on the damaging effects of ‘modern civilization’. His 1869 publications cited symptoms such as “drowsiness, cerebral irritation, pain, pressure and heaviness in the head” as consequential side effects to a rapidly developing industrialized and technologically-based world. He named this newly discovered illness ‘neurasthenia’, but it would take about another hundred years for Beard’s diagnosis to find refuge in that small town of Snowflake, Arizona.

Over the next century, support grew substantially for Beard’s original theory of neurasthenia. By the mid 1970s, this illness became known more commonly as multiple chemical sensitivity (MCS) or Environmental Illness (EI). For the common folk, this diagnosis appears to be a hyper-inflated reaction to a rapidly developing world dominated entirely by technology, which on some level, is weirdly relatable. Symptoms range from muscle pain and fatigue to panic attacks and nausea. Those who suffer from MCS can trace their symptoms to exposure with modern technologies such as chemicals, Wi-Fi, synthetic fabrics, artificial fragrances, and more; however, doctors remain hesitant to legitimize MCS as a medical diagnosis, as there is little scientific evidence to prove such a phenomenon exists. Lacking support from the medical community, sufferers of MCS are often self-diagnosed and resort to alternative treatments to find relief from the harmful effects of society.

When Bruce McCreary became fed up with his MCS symptoms in 1988, he left his home in Mesa, Arizona, and headed to the desolate town of Snowflake. The low-key atmosphere and lack of modernized culture was the perfect remedy for Bruce’s ailing symptoms. As a former electrical engineer, he is now disabled and cites exposure to aircraft chemicals as the main culprit to his ongoing pain. Word slowly began to spread through the MCS community, and Snowflake became a modern-free paradise for thirty more sufferers over the next several decades.

Susie Molloy, a resident and advocate for the healing nature of Snowflake, puts it rather simply saying, “For me, the improvement was so radical. You get out of the car; you feel better. You can walk. You don’t need the oxygen tank. Your speech is clear. I didn’t exactly want to move here, but my body said, ‘Yeah we’re moving here.’”

Many of the residents of Snowflake have similar views, and feel that seeking refuge in Snowflake is the way to avoid the daily headache of modern technologies. While it may sound like a nice get-away for the rest of us, the reality of life in Snowflake isn’t so easy. The community is fighting a constant battle to protect their sacred town, and live day-to-day unsure of their own destiny.