Millions of people die annually due to illnesses caused by air-pollution.  The World Health Organization has reported that 11.6 percent of worldwide deaths are related to air pollution. This is nearly the same amount as deaths caused by tobacco.

Common symptoms when suffering from air pollution include difficulty breathing, wheezing and watery eyes in some cases. However there are other, less obvious and easy to see effects of air pollution that can cause the most serious of threat. Air pollution can harm you even before breathing upon waking in the morning. High levels of air pollution exposure while being pregnant has be found to be linked to miscarriages as well as premature births. It has further been shown to be correlated with asthma as well as autism spectrum disorder.

In an extensive study conducted by Harvard University that looked into the effects of air pollution throughout the United States, it was found that air pollution is even more dangerous for men, as well as African-Americans and poor people. These populations were shown to be approximately to be at risk for death from air pollutants.

The World Health Organization has declared the situation to be a public health emergency, and several stories from around the world have been gathered to understand how widespread it really is.

Stories gathered from across the globe include a low-income housing project located in Orlando, Florida. Residents of this housing project deal daily with physically harmful fumes that reach them through a highway interchange that circles around their home.  In Delhi, a yellow and sharp managed to stop international flights from departing, closed local schools and even became the catalyst of a political crisis.

People in Brazil are reported to live off of their ceramic industry. This work unfortunately fills their air with dangerous particles that make people very sick.  Reporters in Mexico City looked at the process in which lawmakers assisted in clearing the air in the what once upon a time was the most polluted city in the world.

In Mexico City, reporters examined how lawmakers helped clear the air in what was once the world’s most polluted city. Mayors from major cities such as Montreal, London, Paris, Madrid, Rome and several others have also discussed what their plans are to deal with the plan. These actions however need to be taken across the globe to stop this epidemic from spreading and killing too much of our population. 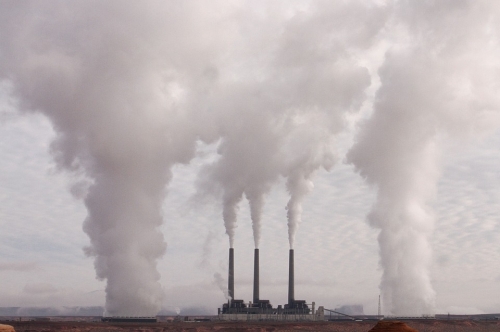