Our parents used to tell us “never say never,” and perhaps we would do well to heed that old saying. Just when we think we’re certain about something, life throws us a curveball, and from that day on, we’re changed forever. This is exactly what happened to a young woman named Katie, who met the man of her dreams on Twitter – literally the last place she ever thought she’d meet someone. What makes this story even more bizarre – and romantic – is that the man she fell in love with on Twitter and later married is the same one who told her to look for single guys on Twitter in the first place. Clearly, these two were meant to be together, but it took a few adorable exchanges on Twitter to get there.

It all started out when Katie turned to social media to vent. She had asked some of her male friends at work where she should go to meet eligible single guys, and the results were not exactly encouraging. She might have just been expecting some sympathy, but one Twitter user named Terry actually had a serious suggestion for her: “Twitter.” Katie laughed at his proposal, replying, “Literally the worst answer.” This didn’t deter Terry, and he responded again with a list of ten more places where Katie could go to meet single dudes, including IKEA, the DMV, and a roller rink. From there, the two proceeded to chat, and the chemistry was clearly there – so much so that Terry felt brave enough to slide into her DMs, writing to her, “For what it’s worth, I think you’re cool.” Katie’s reply confirmed that the chemistry was mutual: “Lol I am cool. So are you.” 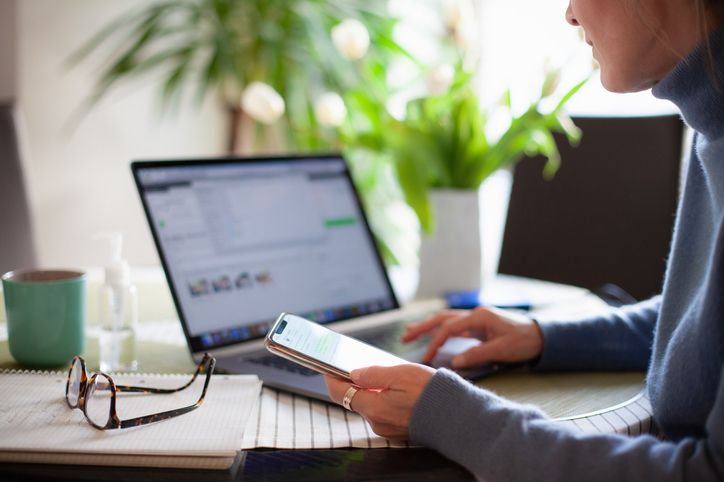 This all happened in 2017. Fast forward three years later, and the couple is now happily married! This story is not only incredibly heartwarming, but it also has a moral: that love can truly be found in the most “hopeless” of places. Twitter might not seem like the ideal place to meet your future husband, but Katie and Terry’s story prove that if it’s meant to be, then it doesn’t matter how and where you meet. The chemistry is all that matters, and both sides will feel. it. This is truly a happily ever after story and exactly the kind of news we needed to hear.