Our obsession with strange, unrecognized celestial phenomena and their supposed connection to the extraterrestrial began in the years after the Second World War. It is often supposed that what sparked this interest was the sudden advancement of rocket technology and its theatrical disclosure to the public: First as an existential threat, and then as an opportunity to traverse space, to break the earthly barrier which had defined mankind up to the 20th century. In that sense, rocket technology became synonymous with both the great and the disastrous prospects of the future. It is no surprise then, that rockets, as a symbol of man’s impending future, were also the site of an intense public fascination with other forms of life 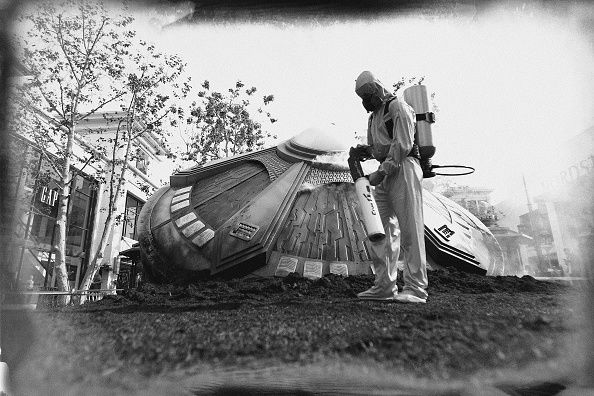 Project Blue Book was one of the first governmentally-funded studies of unidentified flying objects, UFOs for short. Conducted by the United States Air Force in 1952-1970, the project had two goals: First, to determine if UFOs signaled a threat to national security; second, to coordinate a thorough, scientific analysis of the prospect of UFOs and UFO-related data. Throughout the project, thousands of UFO reports and sightings were gathered, analyzed, and archived. The project was terminated in 1969 after the publication of the Condon Report, a 1968 report which concluded that UFOs were unlikely to yield major scientific discoveries. The report was received equivocally, and it is generally regarded as a main contributing factor to the low levels of academic interest in UFO activity.

As Project Blue Book came to its timely end, it had managed to gather an astonishing 12,618 UFO reports, most of which were determined to be misidentifications of natural meteorological phenomena. A minority of cases, however, could not be attributed to or explained by known natural phenomena and were left unresolved. In recent years, interest in UFOs has once again gained traction, as the previously classified CIA documents which dealt with the subject have become open for anyone to read and download. What will come of this unprecedented development, only time will tell.