200 Days Of Pretending To Be On The Moon
Keith Donnelly

Flowers: Nature's Exquisite Fragrance
Keith Donnelly Jun, 18
Some of the Most Bizarre Restaurants in the World
Keith Donnelly Jun, 16
Bo Burnham's Is Back With a New Comedy Special
Claire Miles Jun, 14
The Weird Animal Kingdom
Keith Donnelly Jun, 12
Euro 2020 Is Here!
Keith Donnelly Jun, 10
The Age of AI Pop Stars Is Upon Us
James Stanton Jun, 08
What Was the Great Emu War?
Rebecca Rodriguez Jun, 06
Lebron James Is Out of the Playoffs!
Keith Donnelly Jun, 04
A Brief History of Fireworks
Laura Lee Jun, 02
Rap's Next-Level Dressers
Keith Donnelly May, 30
Four Chinese students spent an entire two hundred days pretending to be on the moon. Although China remains years and years away from taking off on a moon mission, they are still thinking ahead and planning for a rather long-term stay. This recently conducted experiment took four students who volunteered to stay in a sealed form of a lunar lab located in Beijing for two hundred days. The goal is this study was to examine what psychological effects living on the moon had on the human mind, and see what would happen if they were to really live on the Moon.  This experiment was apart of a program that aims to advance and realize the idea of Moon colonization.
The living space that the four volunteers were placed in was 160 square meters and was called the ”Yuegong-1” as well as the Lunar Palace.  The lab was completely closed off from anything outside of it and really created a very similar model to the same sort of isolation that humans would go through if they were to live on the moon.  The chief designer of the module, Liu Hong has explained to the public that the experience was a no small challenge for the psychological well being of the four student volunteers, as well as for the system. However she expresses that they were able to withstand the difficult test.
Even throughout three blackouts that occurred,  the crew of student volunteers, consisting of two women and two men stayed tough despite these uncomfortable experiences. The first group of students that were set to be apart of the experiment only stayed for sixty days. Only.  Then were then replaced by a group of another four students who stayed in the lunar lab for two hundred days. The plan now is for the first group that had stayed for sixty days is to return to the lunar lab for another one hundred and five days. 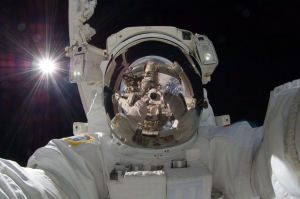 The very first time this experiment took place was in 2014. The students in the module used a special bio-fermentation treatment process in order to deal with waste byproducts. With this, they were able to grow various vegetables and crops for experimentation. The module had different designated spaces for each specific experiment, and even had specific living and sleeping areas, even spaces for raising animals.
And although China as mentioned has no plans to make a trip to the moon anytime soon, experiments such as these have been created in order to assist scientists in predicting which obstacles humans would be presented with if they were to try to live on the moon for a long-term period of time.
China is not alone in their interest in a lunar base experimental project. Elon Musk expresses that the development of a lunar base is something that be a top priority for humanity. The European Space Agency has already announced to the public that they have solid plans to create a base by the year 2030. Russia has further shared their plans to even create a permanent base on the Moon.
So while you may have always been told that Mars was the coolest place to be that’s out of this world, Buzz Aldrin, an astronaut who has first hand experience on the Moon himself has shared that he believes that there are possibilities for life off of planet Earth.  In any case, the recent experiments conducted by China can significantly assist in gaining a better understanding of how space missions can best be undertaken.
You may also like
The Life of the Incredible Kevin De Bruyne
The Ginger Pele, one of the most decorated midfielders in soccer history was recently pulled out of a fateful game versus Chelsea in the Champions League final. A tactical genius, one of soccer's sharpest minds, a disciplined hard worker,  and a contender for 2021 player of the year, De Bruyne's absence obviously had something to do with the fact that the universally desired Champions League trophy had eluded Manchester City's grasp yet again. And while his greatness is undeniably true, what el
Read More
The Most Unorthodox Pieces of Classical Music
To our modern ears, classical music can sometimes seem like somewhat of a snoozefest. The rigid accuracy, the overly-pedantic obsession with tradition, the long pieces; all these make for an experience very much at odds with what a modern audience tends to gravitate to. Yet, the world of classical music is vast and, at times, surreal. These are some of the weirdest pieces of classical music we know about.
Read More
The Dark Underside of Studio Ghibli
No offense to Disney and Dreamworks, but Japan is and has been the world capital of animated works for quite some time now not only in the east but also in the west. And while there are plenty of amazing animation studios and genius animators widely known in Japan, many of them don't actually get to enjoy the same amount of notoriety and success in the west. This, however, isn't true for the renowned Studio Ghibli, who have proved time after time that they are the undisputed kings of blockbuster
Read More
The Hottest and Coldest Record-Breakers in Music
Look, there's no getting around it. An overwhelming majority of musicians and aspiring artists are destined to be, at best, pretty good. Not amazing, and definitely not unprecedented or record-breaking. But there are a handful of bands who've managed to do the impossible and cement their singular place in music history. For better or worse. These are some of the most interesting musical records ever set!
Read More
Who Was William Shakespeare?
On this day, 412 years ago, William Shakespeare's sonnets were published in London for the first time. Yet, even today, the question of Shakespeare's identity pertains. His character is still shrouded in mystery, leading many paranoid enthusiasts to question the authenticity of his personhood. The tradition of doubting Shakespeare's existence as William Shakespeare, the humble son of a glover, has been around since the late 19th century at the least. Shakespeare skeptics are adamant that there i
Read More
TMT Live Preview
geoedge-origin-div
gesource
geparentscriptid
getagid
bidswitch.net%2Fpreview
riskiq